For the sixth consecutive year in a row, VDart Inc. receives Atlanta Business Chronicle’s prestigious 2017 Pacesetter Award, ranked 18th among 99 other fastest-growing privately held companies in Atlanta. In a two year time frame, VDart has achieved a 85.5% change in revenue and increased employee growth of 85.61% and continues to grow exponentially as an industry leader in global technology staffing and solutioning. The annual awards presentation and breakfast celebration, attended by the leadership team, took place this year at Atlanta’s Flourish event space.

The Pacesetter Awards identify and celebrate the fasting-growing, privately-held companies throughout metro-Atlanta who demonstrate unconventional top-speed growth based on an index formula that measures increased sales revenue and employee growth over a two-year timeframe.

VDart joins the list again, proving itself to be one of Atlanta’s fast-growing firms thanks to its commitment to delivering excellence to clients and providing success, wealth and quality of life for all that it serves. A strong corporate culture, with emphasis on learning, has allowed employees to grow individually, which in turn has contributed to the company’s success.

Participation in mentor-protege programs with premiere companies such as Delta Airlines through the Georgia Mentorship Protégé Connection (GMPC) and Accenture’s Diverse Supplier Development Program (DSDP) have also been invaluable to the company’s sustained growth.

As an organization, VDart has consistently embraced emerging technologies, especially in digital skills including Social, Mobility, Analytics, Cloud, Cybersecurity, and Artificial Intelligence. Part of VDart’s growth strategy is to capitalize on this expertise and create new business opportunities in digital solutioning with the launch of VDart Digital— a new organization which focuses uniquely on product development and services, with the objective of delivering digital transformation to customers globally.

“It is an absolute honor to win the Atlanta Business Chronicle’s Pacesetter award for the sixth year in a row” states President & CEO, Sidd, “The heart of our growth is our culture of learning and the people, our employees, who drive our company forward with their innovation and passion everyday. 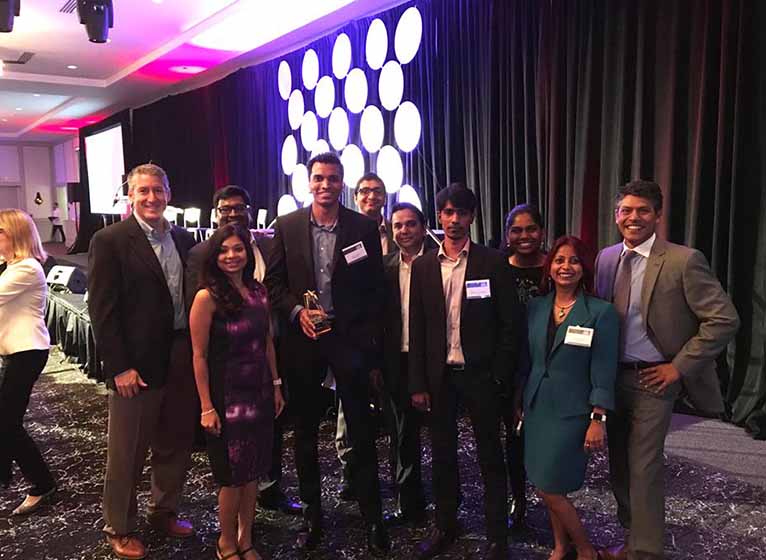