The client is a multinational organization/system integrator that has been in business for over 30 years. Their primary o­fferings include information technology and network technology solutions, along with business process outsourcing to several industry verticals and horizontal. The client’s headquarters is in India, but the business serves worldwide. It is one of the Fortune 500 India ranked organizations and is one of the Fab 50 companies in Asia with a revenue of $4.7 billion USD.

In 2015, when Cloud was an emerging technology and resources were hard to find, VDart was chosen as a partner in delivering an elite level of Cloud talent. Our engagement with the client was during a time in which the client had acquired their own Fortune 500 end client and had started to build their own Cloud practice. The end client was undergoing their own phase of growth and wanted to make sure that everything went as smoothly and successfully as possible. Because of this, the first position that our client provided us to fulfill was the second in line to the CTO. This person would have the direct responsibilities of not only spearheading the sales development but along with solution architecture as well. This person was required to be an expert in the Cloud Technology and various programming languages and would have a direct role in building the foundation for the practice. The client in the past had not requested a talent with such niche skills. The level of expertise they were looking for was top dollar and not only would have to uphold the given responsibilities but had to also understand the culture behind the organization. After this position was filled, the candidate would have to create the entire cloud roadmap and hire several other talented team members to build the practice and open new doors of business within the end client.

The skills that the client was trying to acquire was not in the marketplace at that time, however with VDart’s help, they onboarded an expert in AWS practices and the client groomed the candidate in the technology required for that specific project, which in this case was Service Mesh. We had received information that the other vendors were submitting profiles within a week or two. In normal circumstances, VDart recruiters would be able to find, technically screen, and deploy a candidate within a 1-week timeframe, however, since this was the client’s first time entering the Cloud space, the process took 2 months to find the right fit not only in terms of skills but in terms of the organization’s culture. We had a very small presence within the client’s portfolio, so we realized that this need shouldn’t be treated as another position to fill as much as an opportunity to shine. Our intent from the beginning was to help the customer because we understood the challenge that they faced. Not only was VDart trying to impress them, but they too were trying to impress another organization. Knowing this, VDart took special care to ensure that our candidate received bullseye consulting.

Because of this targeted consultation, the client contracted VDart (post-project) for their growing needs. Within 8 months, we provided 25 of the top skilled AWS resources available on the market. During 2015, we had never produced this amount of volume in the Cloud space with the standard being masterclass. VDart’s resources helped the client not only grow their Cloud practice but open several other divisions with their end client’s portfolio. The end client had received such terrific work that they hired the candidate and placed him as head of their multi-billion-dollar Cloud division. The impact that VDart had on our client put them as the leading Cloud vendor for their end client. That year taught us the art of deploying niche cloud resources at the required pace of our customer without failure which has now developed our own Cloud Sta‑ng practice and making us the current preferred vendor for that client. Our talent was showcased to others and as news traveled, other Fortune 500 prospects started to approach us for our expertise. As a result, VDart created a horizontal practice that elevated us from being another staffing firm, to one of the market’s most trusted advisors. 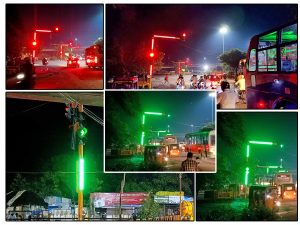 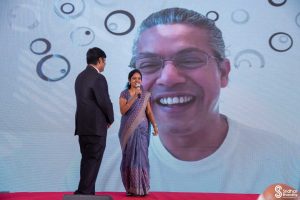 Sidd receives the prestigious honor from the CII-Yi for the Global Entrepreneur Award 2021. 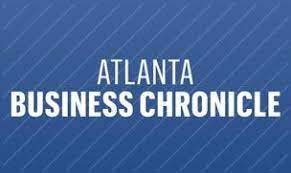 “Enabling seamless vehicle access, such as locking, engine start, and sharing with