“If you have a long-term vision for growing your business, this is a must-do program.”

Many entrepreneurs learn about the Georgia SBDC through the well-honed network of public agencies that support the state’s small business growth. That’s how business owner Sidd Ahmed met Sharon Macaluso, area director of the DeKalb office of the Georgia SBDC.

“We were selected for the Georgia Mentor Protégé Connection in 2012, which pairs smaller businesses with larger corporations,” says Ahmed, president and CEO of the global IT staffing firm VDart Inc. in Alpharetta. “The Georgia SBDC plays an active role in the program. Sharon’s session caught my attention, and we got involved.”

Ahmed, a computer engineer, started VDart in 2007 after working for several smaller firms. Soon after meeting Macaluso, he asked her to conduct a strategic planning session with his senior management. She and consultant Bob Thiele also took them through a SWOT analysis and situation analysis and helped them identify an operational structure that would meet their goals. After the planning, Ahmed and his senior managers participated in the SBDC GrowSmart™ program.

“We have found exceptional value in the SBDC and the GrowSmart program,” he says. “I’ve never worked for a large corporation. This program takes you through the basics – from how to start to how to grow. All aspects of running the business are covered, including sales, marketing, finance and media.

“They literally transformed the organization. For all the business leaders in our company, they give all the inputs which are required to transform our small business into a large corporation.”

“Another challenge we faced was in understanding our financial capability,” he says. “The scorecard is a month-on- month tracker that clearly indicates our financial well-being. It shows us where we are headed by giving us information on our cash flows and how well – or poorly – we are managing our funds. It is a phenomenal tool.”

In 2013 – the second year in a row – VDart ranked in Inc. 500 as one of the nation’s fastest growing companies. In the last year it has won more than a half a dozen awards recognizing its growth and good management.

“When we looked at our numbers in 2012, we were around 221 employees. In 2013 we doubled our workforce,” says Ahmed. VDart’s sales grew a staggering 1,466 percent in 2012 and 1,056 percent in 2013. The company is working towards $100 million in sales for 2016. Ahmed believes that with the processes the SBDC has helped establish, they are well on their way to achieving that goal.

“The strategic plan that we chalked out – that is our yardstick. Our entire management team reviews the plan every three months. Sharon comes in as counselor, and the team reviews it. She wants to know how we’re doing and where we are. It helps us understand how well we have progressed. It’s like an external audit, and Sharon helps tell whether we’re heading in the right direction.”

Ahmed recommends the Georgia SBDC to other small business owners. “If you have a long-term vision for growing your business, this is a must-do program.” 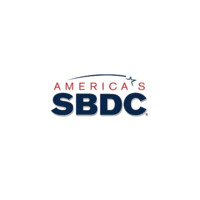