As a part of our CSR activities, VDart introduces the first-ever LED-equipped traffic signal poles to Trichy city. This replacement of linear lighting patterns attached to the poles increases the better visibility of the travelers and people walking by.

This initiative by VDart has solely pivoted for the safety and security of the public. Trichy traffic police sources said that city police commissioner G Karthikeyan had instructed the traffic police wing to streamline the traffic management to avoid congestion and make roads safer.

As part of modernizing the traffic management infrastructure under public-private partnership, traffic police installed LED traffic signals on all the intersecting national highways, state highways, and city roads of the Mannarpuram intersection.

VDart sponsors the signals under their corporate social responsibility (CSR) initiative. All the 14 traffic signal poles in the Mannarpuram intersection were equipped with LED boards. The circular traffic signals are still intact. The poles will display green, amber, and red lights in a linear inverted L pattern.

Traffic police said that from now on road users cannot claim poor visibility of the lights as a reason for jumping the traffic signal. “Vehicles fast approaching the junction on the national highways will realize the need to slow down as the poles will display the signal colors,” A Murugesan, assistant commissioner of police (traffic), said.

A trial run of the signal at Mannarpuram is underway to ascertain any modifications needed. Further, digital timers are likely to be added.

We continue to progress the vision that we hold on that is to touch the lives all associated with us, to create success, wealth and enhance the quality of life. 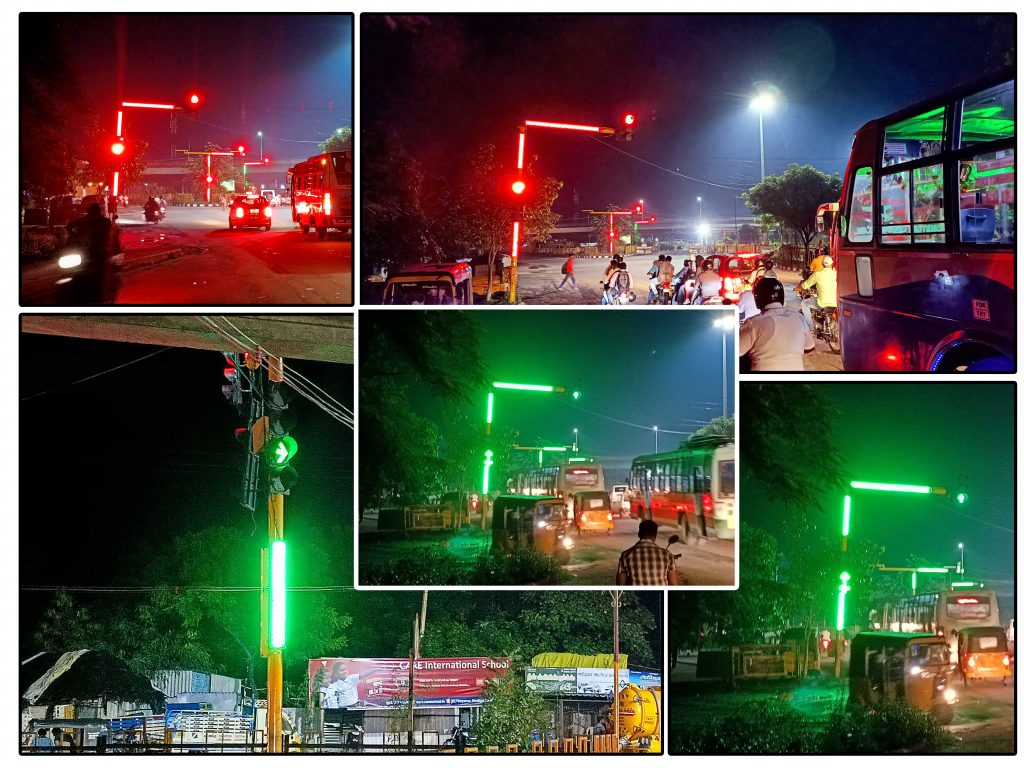