Vouch is proud to announce ClojureScript leader, Mike Fikes to the company.

“Humbled and ecstatic to have Mike on our team,” stated Anthony Maley, Vouch Co-Founder. “Mike has been a trailblazer in the ClojureScript community and we’re thrilled to add his exemplary talents to our growing business.”

“Mike Fikes is a game-changing addition to our team,” stated Cameron Randolph, Chief Strategy Officer at Vouch. “We’re privileged to work with an expert like Mike in building our pioneering blockchain authentication platform. The impact that Vouch can make towards increasing the security of our clients’ businesses and their customers’ data is now greatly enhanced.”

Mike will be a key member of the engineering team and will assist in leading application and ClojureScript development alongside teammate David Nolen.

Prior to Vouch, Mike worked on a number of progressive network and security projects with RSA Security, Amperity, UUNET & AOL. Mike has also studied at both the Imperial College of London and MIT where he holds a master’s degree from the AeroAstro program.

Mike was notably the first person to build connections between React Native and ClojureScript, one of the first developers to gain access to the Facebook React Native Github repository, and is also a core contributor to ClojureScript and its community.

“Having the opportunity to work with ClojureScript and solve a significant security challenge like this is really exciting. There’s just so much opportunity here to make good things happen and I couldn’t be more excited with what we have in front of us,” stated Mike.

As identity theft and digital trust issues continue to rise, Vouch’s technology will be the future of security for organizations looking to make their internal systems and commercial product access points more secure.

For more information visit us at: https://vouch.io/ 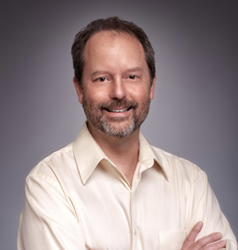