From working as a door-to-door salesman of computer training curricula in India to founding VDart Group, a leading global digital talent management and consultancy based in the US city of Alpharetta, Georgia, Asian-American tech entrepreneur Sidd Ahmed has travelled down many lanes.
As VDart president and CEO, Sidd, as he likes to be known, heads a global workforce of over 2,500 people across 7 countries, but the heart of this 48-year-old remains tied to his hometown Tiruchi, where VDart has a core team of 450 employees guiding the company’s operations.

“My father never had the chance to work here, and one of my burning desires as a child was to be with my parents when I was growing up. Our vision is to have people live and work in the city with their families,” he says. “What I love about our Tiruchi team, who all came to us fresh from college over the past 10 years, is that they have created around 10,000 jobs globally.”

In keeping with the ‘Tiruchi-first’ policy, VDart, ranked as the 42nd largest staffing firm (out of 23,700) and the 56th fastest growing company in the United States, has tied up with several leading government and private educational institutions here to tap talented young men and women who are full-time residents of the city.

Born as the youngest of six siblings in a family of modest circumstances, Sidd had seen his father struggling to earn a living, as a scrap merchant, farmer and driver, while his mother quit her teaching job to take care of the children. “Our family started thriving after my father got a job in Bahrain in the 1970s. My brothers and sisters were educated in Tamil-medium schools, but the overseas job allowed my parents to send me to (English-medium) Campion and Vestry schools, so I was the privileged one,” he recounts.

Though he pursued his degree in Computer Science, he admits he was a below-average student. “My strengths were in salesmanship and building relationships, more than engineering,” he says.

Soon after graduation, Sidd worked as a salesman of educational software in Tiruchi, from 1993 to 1996. His next job at Aptech in Chennai introduced him to the field of technology staffing, or providing workers with specific skills to large companies. “I worked for a US company that was setting up shop in Tiruchi as a recruiter, back in the day when every other engineer aspired to go America,” says Sidd. After spending six months implementing that project, Sidd was invited to the United States in 1997.

Working for small technology firms in Pittsburgh, Pennsylvania for three years and Detroit, Michigan for 7, Sidd tried to convince his employers about Tiruchi’s potential, when cheaper telecommunications made offshoring business processes a reality.

“As I am from here, I knew we had a huge talent pool, especially from the Anglo-Indian community and the city’s educational institutions. But most American companies in the early 2000s were still focused on setting up base in bigger cities like Chennai or Hyderabad,” says Sidd.

Sidd decided to quit his well-paid job and establish VDart, in December 2007, just months before the US and much of the world’s economy ground to a halt in the ensuing recession.

“I sold my house and cars in Detroit, and moved into a small apartment in Atlanta, Georgia, because that’s where my customer base was mostly from,” he recounts.

VDart landed its three major customers (who are still with the firm today) within the first year of operations starting with global professional services firm, Genpact (headquartered in New York), followed by Cognizant and HCL. “In the first year, I was doing everything from selling, recruiting, finance and HR till the time we grew to about a 40-people company, with the employees working at our customer locations and just myself in Georgia. When we were a 100-people company in 2010, we realised that it was a good time to establish operations in Tiruchi,” says Sidd.

VDart has also carved out a niche in developing specific digital solutions for customers, such as managing document validation and biometric authentication among other blockchain product platforms.

About VDart’s hiring policy, Sidd says skills are more important than formal qualifications. “We look out for those with good communication and analytical skills, and except in specialised sectors like finance, where a Commerce degree is useful, we tend to hire across all disciplines. We gauge candidates by their aptitude and desire to succeed,” he says.

Though he feels that the technology sector will continue to grow, Sidd admits to worrying about the addictiveness of electronic devices. “Society seems to be relying on appreciation from others by posting pictures or other news. We are seeking joy from an electronic platform, rather than from interacting with each other,” he says, adding that it is important to set limits on digital consumption, especially for young users.

About the future of VDart’s leadership Sidd says, “The next CEO is going to be from within the company. If my children want to come into the business, they are absolutely welcome, but I don’t rely on that. I want them to follow their passion, like how I followed mine, but I want people from within the company to take VDart to the next level.” 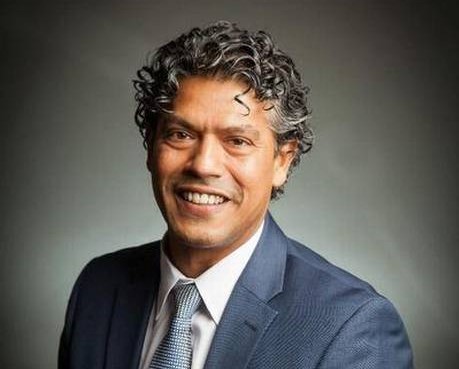