Vouch, a pioneering multi-factor biometric authentication platform, is proud to announce the addition of leading ClojureScript thought leader and practitioner, David Nolen to the team.

“David is a world-class talent in his sphere of expertise and we’re thrilled to have him on board as we continue building our revolutionary blockchain authentication and id verification platform,” said Anthony Maley, Founder and CTO of Vouch. “Our abilities in developing password-less federated authentication have just increased by leaps and bounds over our competition”.

“We’re thrilled to have someone of David’s caliber on board to help build our platform,” stated Cameron Randolph, Chief Strategy Officer at Vouch. “The significant contribution that David has made to ClojureScript, notably his work with Om and it’s enhancements to Facebook’s React, is one example of David’s vast impact in the emerging technology space.”

David is the lead maintainer of Clojurescript, a compiler for Clojure that targets JavaScript and is currently used in leading organizations that include Ebay, Thomson Reuters, and Cisco.

David joins Vouch from Cognitect, the software company that maintains ClojureScript, and Clojure. He’s been the lead architect in the technology working alongside many of the industry pioneers there.

Prior to Cognitect, David worked with The New York Times, The Museum of Modern Art, Princeton University, and a number of other forward-thinking businesses & startups in their respective spaces.

As Identity theft and digital trust issues continue to rise, Vouch’s blockchain identity management technology will be the future of authentication and security for organizations looking to make their internal systems and commercial product access points more secure. 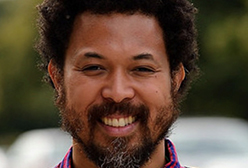